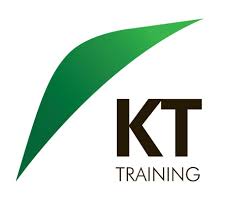 We have provided Botox training courses since 2005. Therefore KT Training is one of the most established cosmetic training course providers in the world. Over these years we have developed a range of introduction modules and workshops for new clinicians plus master classes for experienced aesthetic practitioners.
We provide the full range of foundation courses. These include the introduction to BOTOX® training and dermal filler courses, we also have the foundation chemical peels, micro needling and mesotherapy courses. We also provide the advanced dermal fillers and advanced BOTOX courses for candidates who wish to develop their skills to provide a more extensive full range of cosmetic treatments with toxins and dermal filler. The non-surgical master classes are for practitioners who wish to develop their expertise with a wider range of products and procedures.

KT Training, has over 12 years experience in developing doctors, dentists and nurses to be successful in aesthetic medicine. We provide all the resources and solutions for your training needs.

Our courses include practical sessions. Our candidates will be treating patients under the supervision of expert trainers. The hands on workshops include the assessment and treatment of a range of patients. This training model provides the best standard of practical experience available.

Established in 1991, The New York Smile Institute began as a private office performing general dental care and has grown to an internationally recognized state-of-the-art facility that focuses on patient care and dental education.

for Ultrasonic Surgery and Implantology 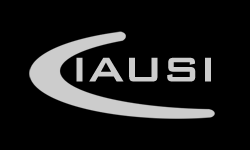 IAUSI is a nonprofit NGO-organization. Their aims are basic research, development and advancement of standardized protocols in ultrasonic surgery and implantology concerning mainly OMF surgery, oral surgery, dentistry but also other disciplines of surgery in human medicine on a national and international level.

Membership can be granted to individual physicians with a degree in Dentistry and/or General Medicine as well as to national and international medical non-profit organizations. Currently IAUSI has about 4000 direct or indirect members (via affiliation of national medical organizations). It´s headquarter is in Vienna/Austria.

The official language of IAUSI is English

Following the introduction of  ultrasonic surgical devices in oromaxillofacial surgery, oral surgery and implantology a group of omfs and dental practitioners from Austriaand Germany  formed a study club to share research and information. This European study club eventually concluded that an inter national organization was essential to foster education and advancement in this field. As a result, the International Academy for Ultrasonic Surgery and Implantology was formed.

The first Annual Meeting of International Academy for Ultrasonic Surgery and Implantology was held in May, 2007, in Vienna , Austria . An Executive Board was elected to include representatives from omf-surgery, oral surgery, periodontics, prosthodontics, general practice and general medicine.

We use cookies to ensure that we give you the best experience on our website. Merimna Institute is committed to protecting your privacy. The process of personal data collecting is consistent with the GDPR.